The face as an evolved signal system 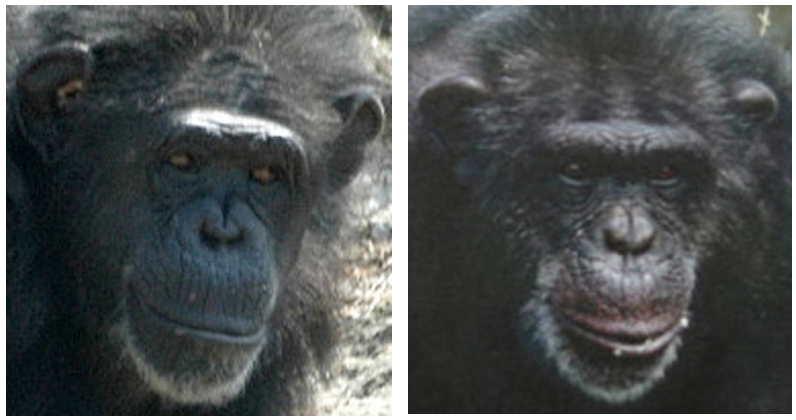 The correct answer is the one on the right. These are images of two female chimpanzees scoring low (left) and high (right) on dominance, a characteristic that maps onto human extraversion.

Seventy percent of our participants accurately identified this particular pair. How can Bangor undergraduates accurately read the face of a different species? In three experiments, dominance was correctly identified in a large sample of chimpanzee images.

We replicated these findings, and perhaps because of better control over the images, found that undergraduates could predict chimpanzee traits at the National Zoo of Wales with accuracy for even more traits, although most mapped on to human extraversion.

This cross-species performance seems likely to be based on biological similarities between chimpanzees and humans, rather than a shared culture. At the very least, any culture shared by zoo-based chimpanzees and Bangor undergraduates would be universal among humans. It seems to require that (a) there are visual cues to behaviour within these photographs; (b) the cues and the corresponding behaviour must be shared to some extent with our human species; and finally (c) these shared links are based on heritable biology not learned culture. We therefore strongly suspect that biological factors have an important role in the appearance-behaviour correlations we observe. However, as described elsewhere, cultural or learned factors may also be important.